Stretching close to 200 miles across the country from the Adriatic coast in the east almost to the Ligurian Sea in the west, from the fertile Po River valley in the north to the mountainous border with Tuscany in the south, Emilia Romagna encompasses the beach, the plains and the hills.

It is a gastronomic heartland of Italy, with an historic culinary and viticultural tradition. One of the most ancient grape varieties of the country, Lambrusco, proliferates here. It’s a sparkling red which is an ideal marriage to the rich foods of the region. The powerhouse trio of Italian foods rules – Prosciutto di Parma, Parmigiana cheese and Balsamic vinegar. Add to that a wonderland for any car and motor enthusiast – Ferrari, Maserati, Lamborghini, Ducati – and it’s a perfect recipe for a fabulous vacation!

The medieval cities of Bologna, Modena, Parma and Ferrara testify to the region’s importance not only in the Middle Ages, but along the route of the Roman road, Via Aemilia, completed in 187 BC, and connected to the Via Flaminia out of Rome. The cultivation of the Lambrusco vine, traced by seeds of the wild vine native to the area of Modena, dates back to the Bronze Age. In fact, Romans called the vine Lambrusca, indicating a wild vine that grew on the edge of farmed fields. 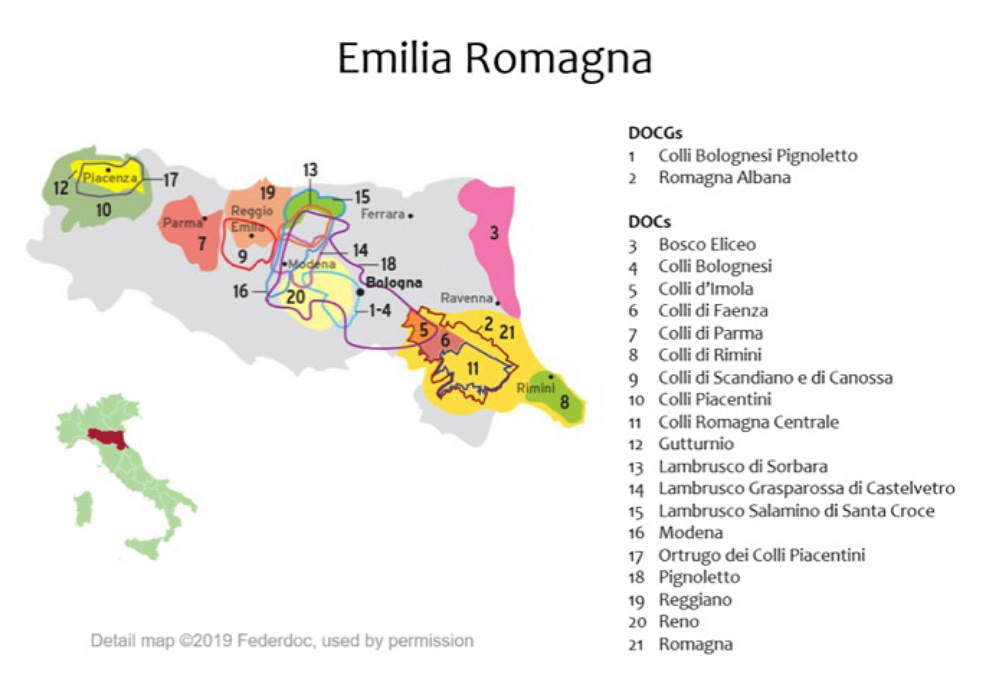 Wine styles include sparkling red Lambrusco, dry, amabile (off-dry) or dolce (sweet); frizzante white Pignoletto, a still and dry red Sangiovese from the southeastern hills in Romagna and Gutturnio, a red blend, vinified in still or semi-sparkling, of Barbera and Croatina in the hills south of Piacenza in the northwest corner.

The most famous of the Emilia wines and the most widely-sold in Italy is Lambrusco. It is both the grape and the name of the wine. While there are over 60 types of Lambrusco grapes, 4 varieties make up the major part of production. The two most well-known are Grasparossa, dark in color, and Sorbara, more of a rose in color and more delicate, both with growing zones centered around Modena. The best examples are dry and crisp, served chilled and drunk young. Grasparossa offers more tannic structure, bright acidity, aromas of blackberries and black fruits, blue flowers and wild cherry, and a hint of bitterness on the finish. 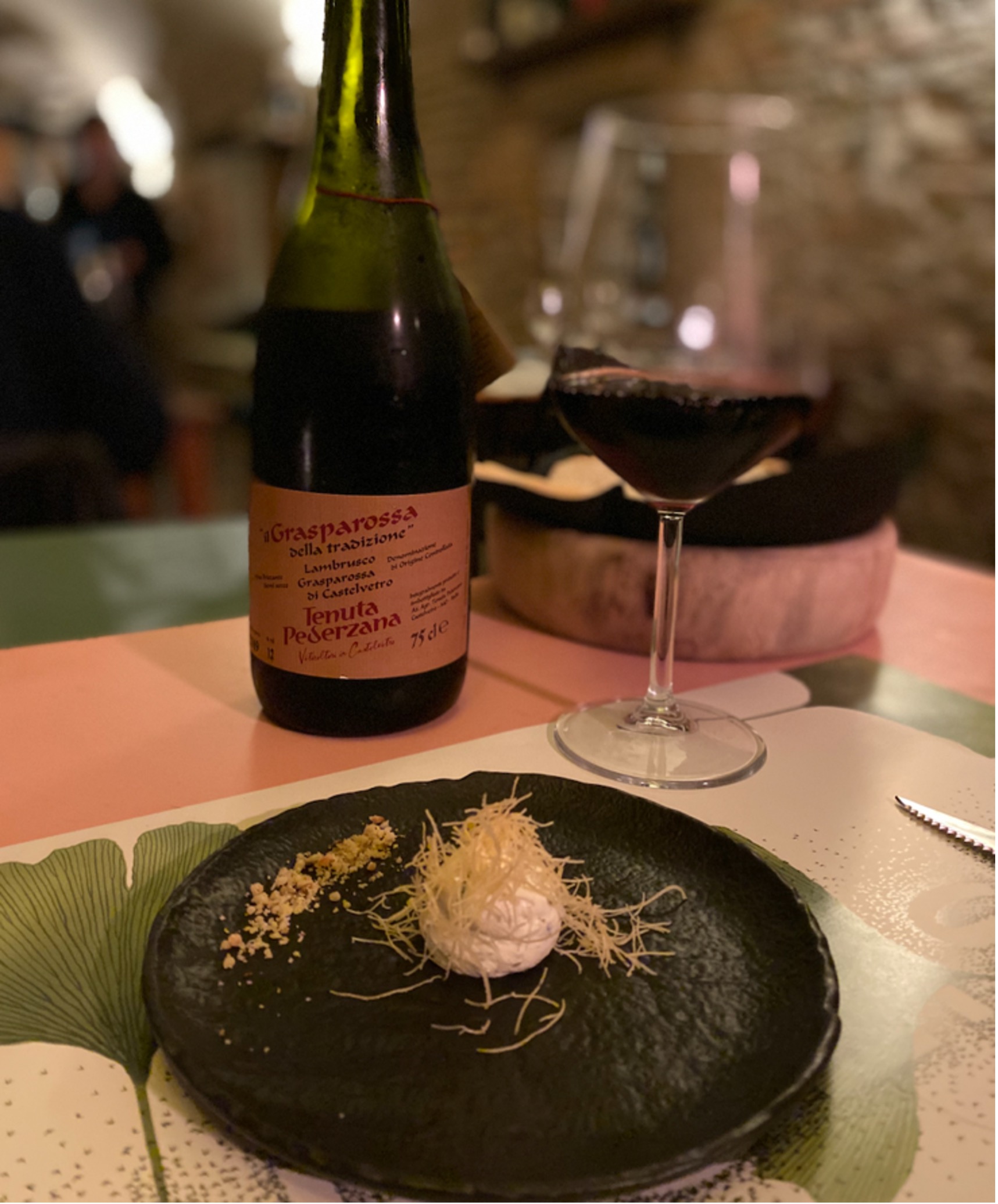 Lambrusco Sorbara is lighter in color and body, with raspberry and strawberry aromas with pink grapefruit and citrus notes. It has higher acidity and less tannins than the darker Lambrusco varieties. For a summer aperitivo, there is nothing better. Pair with a plate of affettati (salami, Mortadella and Prosciutto) and you will have perfection. 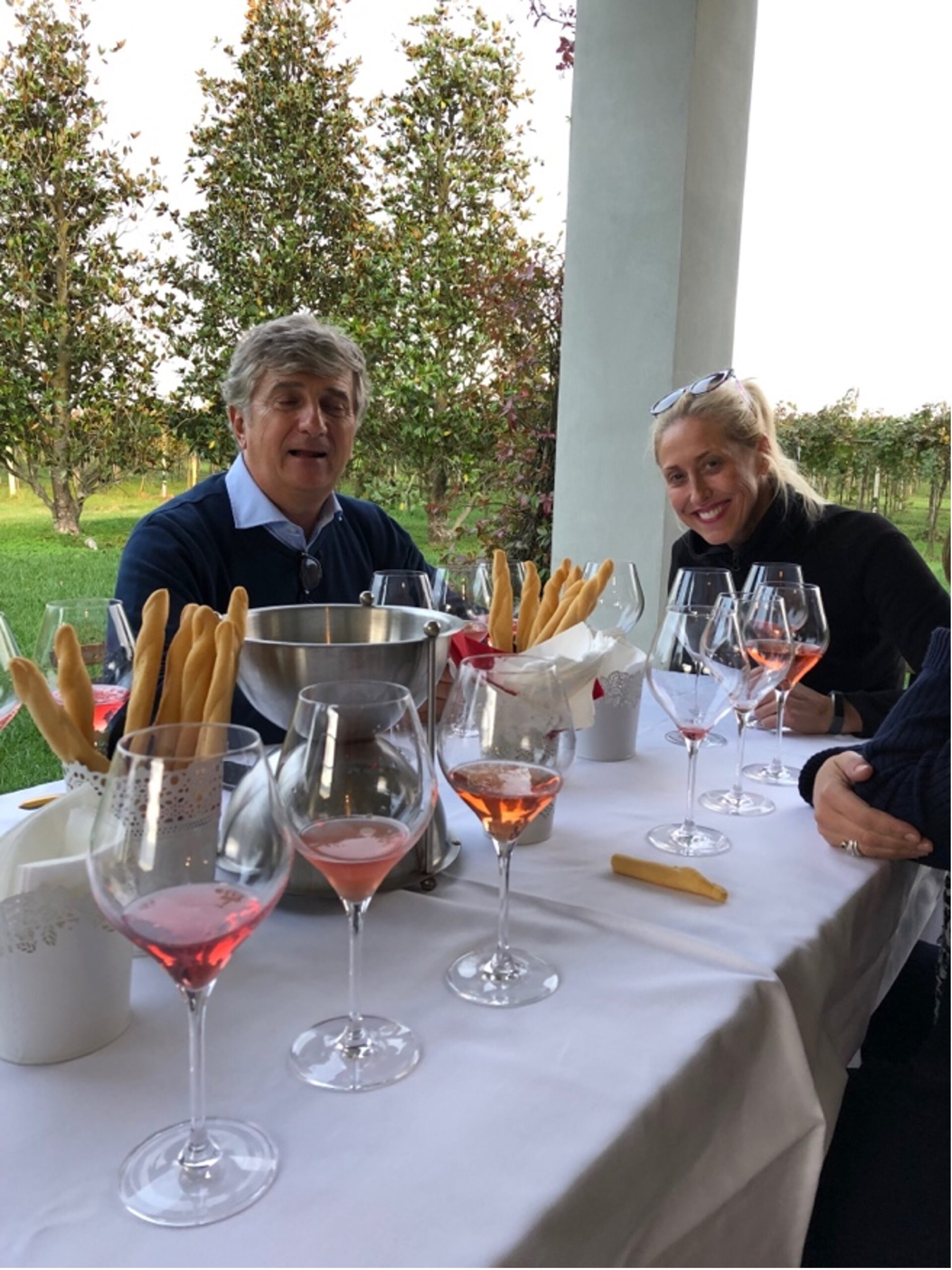 Lambrusco di Sorbara at Cavicchioli Vineyards with the winemaker. Photo by Vinotalia

Pignoletto, a light-bodied white from the Grechetto Gentile grape, is usually vinified frizzante (semi-sparkling), sometimes found outside of Emilia but best sampled in its hometown of Bologna. It can also be found in still and sparkling styles. For a before-dinner glass, put a pause on Prosecco and pick up a glass of Pignoletto. With vegetable dishes, pasta dishes and cheese, it’s a winner. On the nose, there’s aromas of white peaches, grapefruit, citrus, and a mineral note and slight bitter almond on the finish. 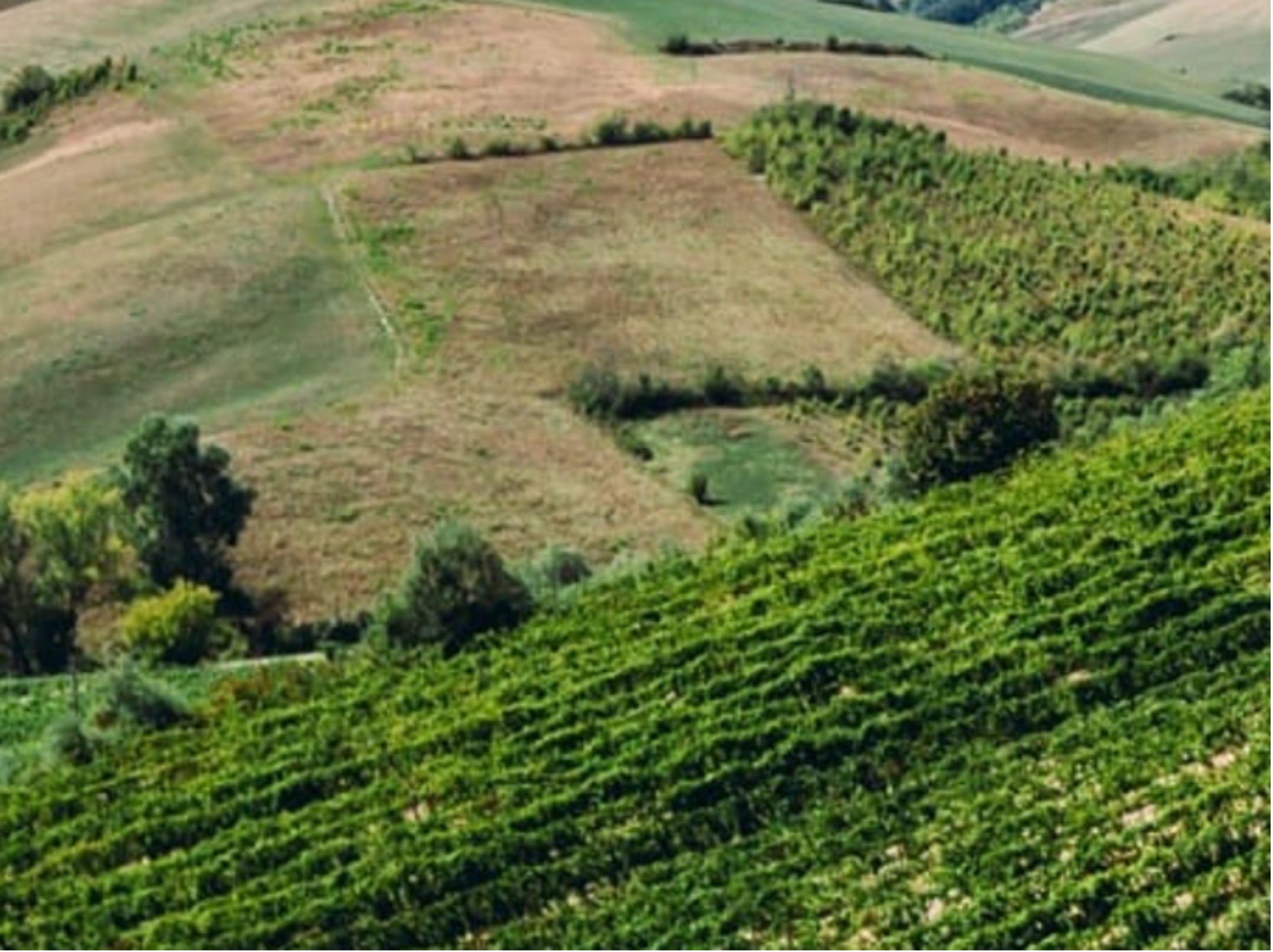 Grechetto Gentile growing on the Colli. Photo by Terre Cevico 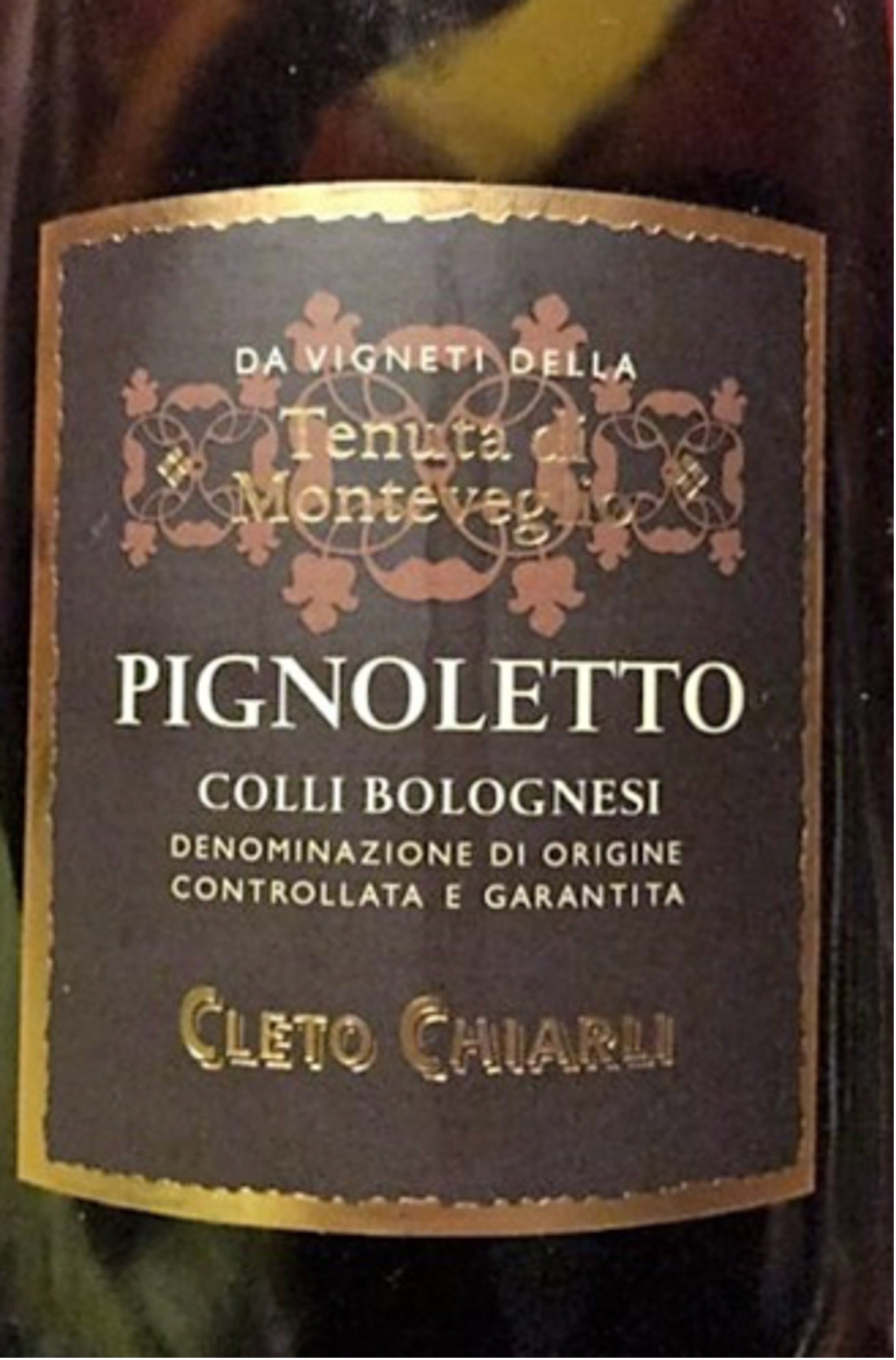 Gutturnio, the blend of Barbera and Croatina (also called Bonarda) was once a wine made to be drunk young and semi-sparkling in the year after harvest, similar in fashion to Lambrusco. After receiving its DOC status, there are more wines made in the still and dry style with the upgrade in quality. There are Classico, Superiore and Riserva classifications, all with different location and ageing requirements. The name derives from gutturnium, a tradition silver Roman wine jug of about 2 liters. One was discovered in the area in 1878. The father-in-law of Julius Caesar was notably fond of the wines made in these hills. 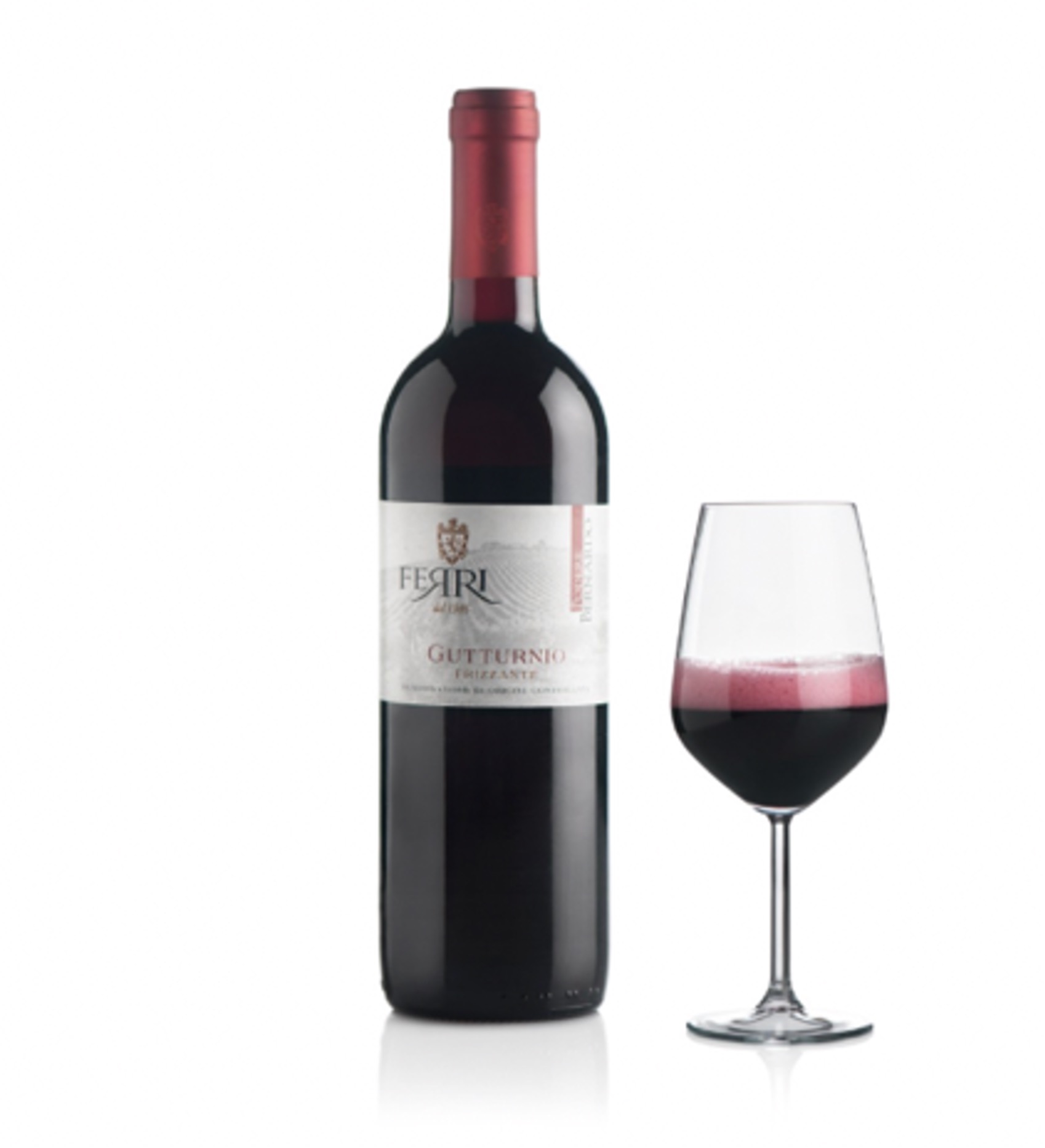 Gutturnio, made in the frizzante style. Photo by Vecchia Malga 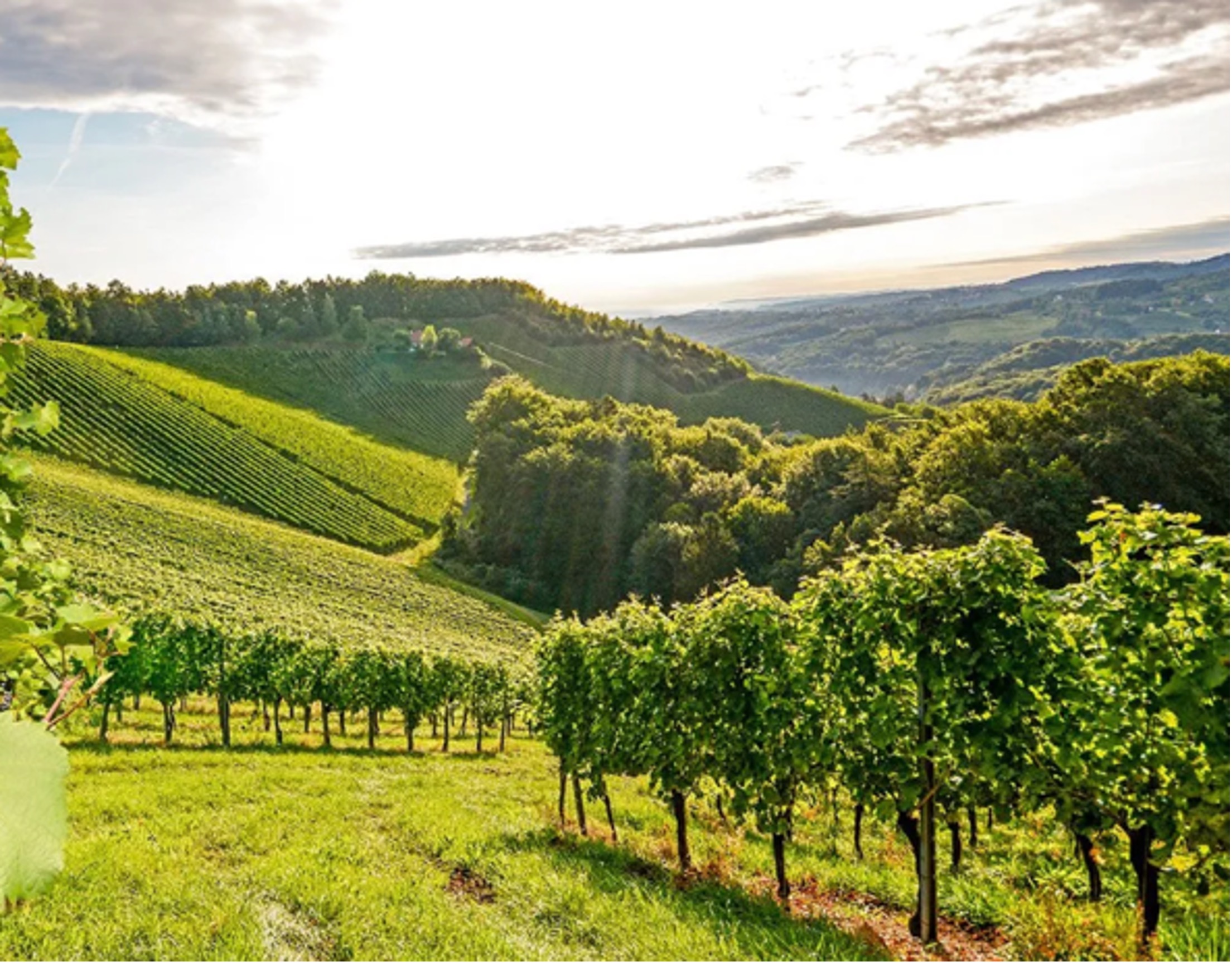 The Sangiovese of Colli Romagna differs from that of Tuscany. The bright juicy cherry aromas and herbal notes are still there, but the tannins are softer, acidity is lower and alcohol is a bit higher. These wines also pair well with the cold cuts, cheeses, pasta, lasagne and ragu sauce of the region. In the various and different parts of Romagna, Sangiovese is the unifying factor.

Emilia Romagna is a perfect location for a long weekend from Rome. Fill your days with wine touring, exploring medieval cities and sampling the outstanding cuisine and food markets of Bologna and Modena.