The 20 Wine Regions of Italy

From the highest slopes in Europe for vine cultivation under the shadow of Mont Blanc to the windswept volcanic landscape on the island of Pantelleria, there is a wine for every palate.

While Italy has 350 registered grape varieties, some 1,500 different varieties are actually found here and most are grown nowhere else in the world. Just for comparison, France has 250 registered grapes and over 95% of production comes from only 40 varieties!

Here’s a quick trip around the regions. Then we’ll take a deep dive weekly into the wines and the food specialties of each place. I’ll mention a few of my favorite producers and where to shop for wine in Rome and beyond. Settle into your armchair, pick up a bottle from each region and get ready to travel. See you next week! 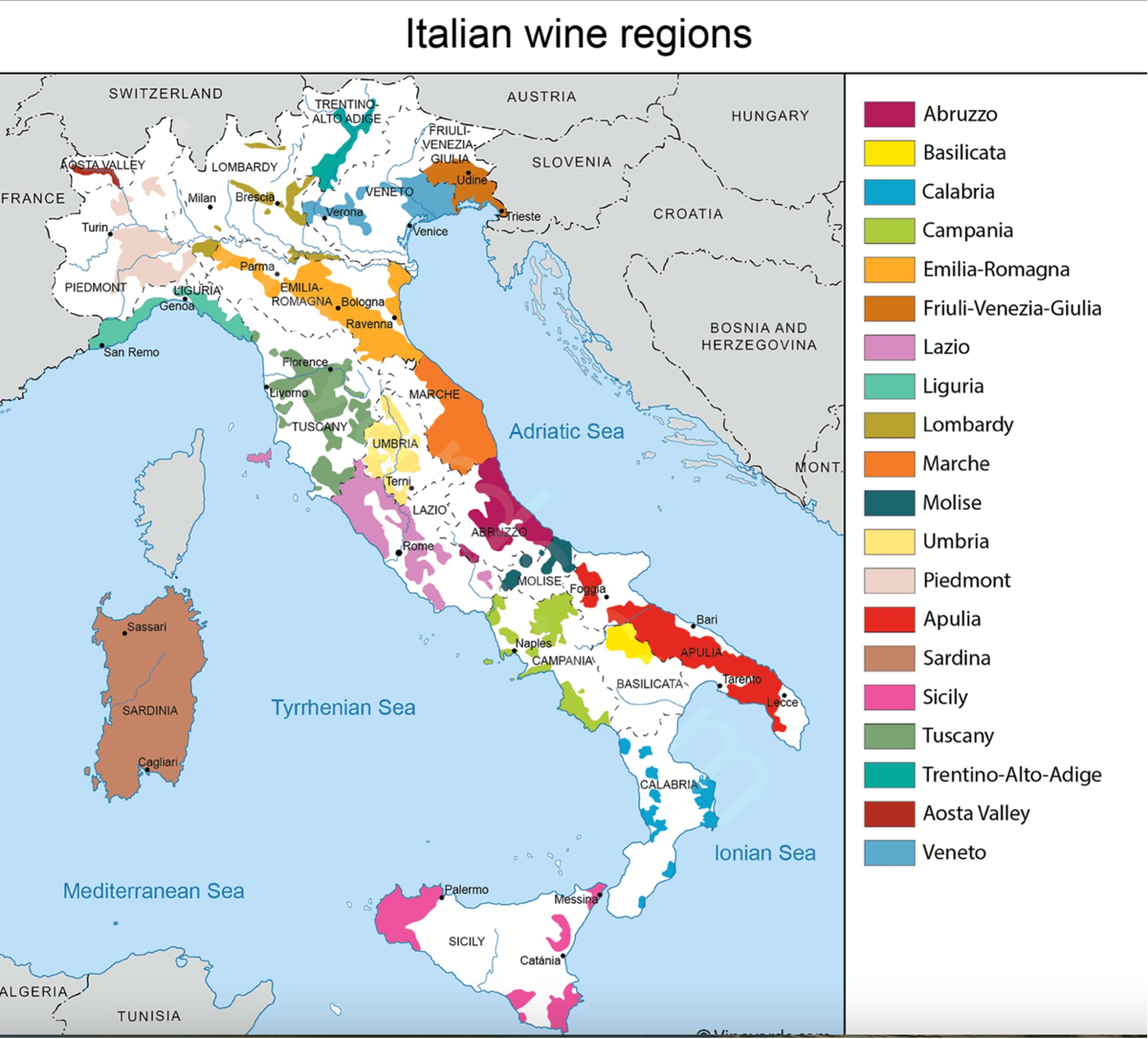